Recently, I witnessed some incidents in the lives of some friends which prompted me to write about the power of forgiveness and its many benefits. Although many people still view forgiving as a weakness, I think that there are many psychological and physiological benefits for both parties from the act. For the forgiving person, it helps prevent any resentment or bitterness from being carried forward into the future, which could otherwise become detrimental to their own long-term health and happiness. On the other hand, for the person receiving the it, the respect and admiration they have towards the forgiving person often grows many fold. Having benefited from forgiveness from strangers, friends, family and co-workers on numerous occasions myself, I also believe that by receiving forgiveness from others, we become very forgiving ourselves. And the goodwill generated from the act is passed onto the other members of the community with whom the affected individuals interact with frequently and helps foster peace and happiness for everyone. 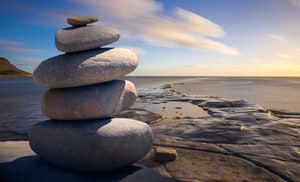 This brings me to our global situation these days where we sadly witness numerous examples of lingering conflict between individuals or nations (at a great social as well as economic cost to all) from not being able to apologize and forgive one another fully. Mahatma Gandhi once said: “The weak can never forgive. Forgiveness is the attribute of the strong”, and I totally agree as only people or their leaders with strong fortitude and optimism for the future are often able to forgive others. History is filled with great examples of individuals, tribes and nations that have forged even stronger relationships than they had previously once they were able to forgive one another other for each other’s wrong doings. And later, they even partnered together to achieve great things that might otherwise been impossible to accomplish before. So, I think we must learn to apologize as well as forgive more for the many benefits it brings for everyone.

Anyway, I want to leave you with an extract from the book “Adventures of Huckleberry Fin” written by Mark Twain which helps highlight the nature of many long-standing conflicts that linger around the world and will likely continue.

“Him? He never done nothing to me.”

“Well, then, what did you want to kill him for?”

“Why, nothing – only it’s on account of the feud.”

“Why, where was you raised? Don’t you know what a feud is?”

“Never heard of it before – tell me about it.”

“Well,” says Buck, “a feud is this way: A man has a quarrel with another man, and kills him; then that other man’s brother kills HIM; then the other brothers, on both sides, goes for one another; then the COUSINS chip in – and by and by everybody’s killed off, and there ain’t no more feud. But it’s kind of slow, and takes a long time.”

“Has this one been going on long, Buck?”

“Well, I should RECKON! It started thirty year ago, or som’ers along there. There was trouble ‘bout something, and then a lawsuit to settle it; and the suit went agin one of the men, and so he up and shot the man that won the suit – which he would naturally do, of course. Anybody would.”

“Well, who done the shooting? Was it a Grangerford or a Shepherdson?”

“Oh, yes, pa knows, I reckon, and some of the other old people; but they don’t know now what the row was about in the first place.”