The goal of this article is to provide a quick introduction to the blockchain protocol that is being adopted multiple industries including healthcare and finance. The recent popularity of cryptocurrencies such as Bitcoin, Ethereum and Ripple have caught the public imagination. These cryptocurrencies are based on a decentralized and distributed protocol called “Blockchain”, which itself is built on cryptography and game theory. The protocol gets its name from the blocks of transactions that are built progressively on one another forming a tamper-proof chain or digital ledger. The ledger is replicated to all participants in the network, ensuring everyone has access to the ledger, and no single entity controls it. 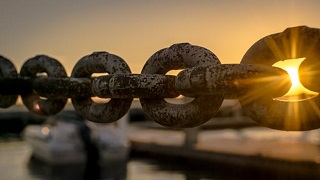 One of the primary motivations for the emergence of this standard is due to the loss of faith in the prevalent model in which only one central party/system is fully trusted and bears the burden of managing, storing and distributing information. The financial crisis of the past two decades and the cyber-attacks that continue to happen almost every day helped highlight the many weaknesses in such an approach and accelerated the adoption of a decentralized and distributed model where an audit trail of all relevant activity is shared in the open among the participants. In this article, I will cover the absolute minimum for you to understand blockchains, and their relevance to healthcare.

“A blockchain is a continuously growing list of records, called blocks, which are linked and secured using cryptography.” ~Wikipedia

In the world of cryptography, a hash algorithm is a mathematical function that takes sequence of text and converts into a fixed size of numbers. Although many types of hash algorithms exist, an algorithm is considered safe if it has two characteristics: low chance of “hash-collision”, meaning no two sequences of text can create the same set of numbers and two, one cannot reverse engineer the original text using the hash (referred to as one-way hash). Most blockchains use a special hash algorithm called SHA-256 (or a variant) which is considered by many to exhibit these characteristics. 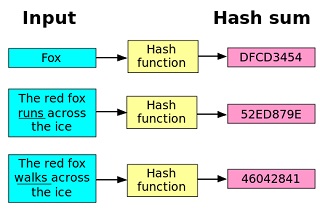 “Blockchain technology will not only change the way we do payments, it will change the whole trading and settlement topic” ~ Oliver Bussmann, CIO, UBS

A closely related term which is enabled using the hash algorithm as well as by encryption is called digital signature where one can take a sequence of text that one wants to transmit safely to another party, creates a hash of this information and then applies encryption to the generated hash using a special private key only the author has in possession. This specially encoded data is then transmitted along with the original data.

As opposed to a normal signature which is easily forged, a digital signature enables verification of the authenticity (who sent it) and the integrity (not tampered/altered) of the transmitted messages by a third party as it provides a guarantee that only a combination of the hash of the original data being sent as well as private key of the sender could have resulted in the unique digital signature that accompanies the message. This process forms the basis of most electronic transactions on the web for the past several decades.

When a transaction or a set of transactions needs to be stored in the block chain, a process called block mining is utilized which enables a separate process to both validate as well as help lay down a block in a blockchain ledger containing the data from the incoming transactions. The block is the most basic element in the blockchain that carries key pieces of information in it such as the data one wants to record, the hash and the digital signature for the data being stored, where and when the block was created, a link to the previous block as well as the hash of the previous block in the ledger. This ensures easier verification of integrity when managing various activities on this ledger including when adding additional blocks. The block mining details of who or what creates the block is varied in blockchain implementations as public blockchains use something called proof of work, a process that enables more randomization in terms of who gets to add the blocks on the blockchain. How the proof of work (or a more recent concept called “proof of stake”) works is beyond the scope of this introductory article, but the basic goal is to prevent monopoly by one party in creating the blocks on the blockchain in a way which could benefit it over other participants in the blockchain network. Cryptocurrency-blockchains such as Bitcoin and Ethereum gamify/incentivize their block mining process with small monetary rewards, and some participants called miners participate in the blockchain purely for making money by competing solely for the goal of adding these blocks to the blockchain.

Although one is free to create a block for every single transaction in the blockchain, the computationally demanding algorithms and distributed replication process that needs to occur make this somewhat inefficient as the goal is to enable the blockchain to run on a range of devices, including devices with limited resources such as phones. Markle trees operate by splitting the various transactions into buckets and create hashes for each one of them and then create a hash of hashes called a root hash also known as a Merkle Root. Most often it is the Merkle root that is used to signify any proof of integrity of the data as altering even one transaction inside the block results in a completely different root hash. There are many types of Merkle trees and the scope of how they differ is beyond the scope of the article.

“The blockchain is an incorruptible digital ledger of economic transactions that can be programmed to record not just financial transactions but virtually everything of value” ~ Don & Alex Tapscott, Blockchain Revolution

Now that you have a conceptual understanding of what a blockchain is, let us quickly look at some reasons why this has many applications in the field of healthcare. 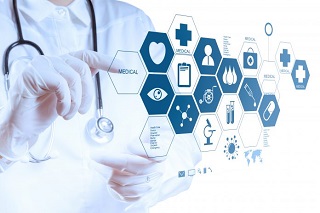 The complexity around managing and distribution of healthcare information is enormous and is only increasing. Public and private healthcare institutions must balance opposing demands for keeping PHI secure and yet easily accessible. Any unauthorized access or changes to data are often not reported or available for inspection by the parties impacted in a timely manner. Use of blockchains can help mitigate these problems since they can help establish an open and yet unalterable record of healthcare activities leading to increased trust for all those participating in the system. Organizations are free to decide what to store and share in the blockchain network, and access to this data can be granted by special one-time or time-limited access mechanisms thereby enabling both openness and trust at the same time.

Notable examples of blockchain use in healthcare include the MediLedger project in pharmaceuticals, that makes it easy to track a drug as it moves from the manufacturer to the patient. The goal of the project is to stop the circulation of stolen or counterfeit pills in the pharmaceutical supply chain and prevent them from getting into the hands of patients without knowing the origin of the drugs. Another blockchain-enabled project called Cyph MD being rolled out in Australia enables communication between various stakeholders using online ‘identity tokens’ to securely communicate and share critical healthcare data across the entire healthcare network. Countries such as Estonia are moving towards utilizing blockchains as a foundational element of their entire healthcare system.

A third use case is in expediting insurance and settlement-related processes. Smart contracts, an advanced feature of some blockchains, enable logic to be stored inside blocks. That logic can execute fund transfers when certain preconditions are met. Finally, online services have also sprung up providing proof of existence services which help verify the existence of digital files or any other piece of information as of a specific time via timestamped transactions in a specific blockchain.

I hope this article helped explain the basics of how a blockchain works, key terms used, and the relevance of blockchain to healthcare. Although it is hard to predict how fast the adoption of blockchain will occur, many pilot projects are already underway in most countries including the United States and Canada. In future articles, I intend to dive into the many other interrelated standards that help make the process of storing, verifying and linking the block chained-data to be of use to the various participants in healthcare.