The Big Picture - Universe,Life,DNA and Other Things

I was recently reading a news article about the collision that is expected to occur between the Andromeda galaxy and the Milky Way (our galaxy) roughly 5 billion years from now. After reading this article, I spent some time reflecting about the origins of the Universe, the Solar System, our planet and the origins of life on it. While doing this, I was humbled thinking about the events that occurred on a bewilderingly immense scale in the distant past that would eventually lead to life on Earth, and even to me sitting here in my study, contemplating and attempting to write my thoughts about it. 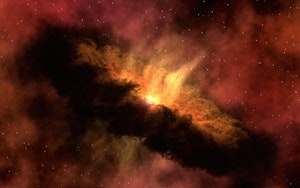 Last year, I had the pleasure of reading several books on astronomy and cosmology. As I read these books, I couldn’t help but wonder how often I really stop to think about the scale of things that I am ultimately part of; a 13-billion-year-old Universe which continues to expand to this day, with an estimated 100 billion galaxies, each with at least 100 billion stars and their accompanying planetary systems. From a philosophical and scientific perspective, the most fascinating aspect for me must be its profound influence in shaping human evolution and thinking through the last four million of years.

Every major invention of the humankind such as mathematics, science, philosophy and religion seem to have had their origins due to man’s desire to look at the sky to understand and explain what he /she was part of. Scientific evidence, especially in the last four hundred years, has provided humans with extremely high understanding of the many aspects of nature which were unfathomable mysteries in the past. As you begin to assimilate the facts from these findings, one cannot help but be humbled from the realization that we are the way we are because the Universe is the way it is, and not vice versa. The story of all life on the planet, including those of humans, is intimately linked to the origins of the Universe and our planetary system billions of years ago.

The only true wisdom is in knowing you know nothing. ~ Socrates

For life to emerge on Earth, several incredible things had to happen. Some nebular material was needed to create a planetary system including a star. This material formed because of a supernova explosion from an earlier stellar creation*. Then, from this material, a star had to rise that had to be of the right size. Had a star too large emerged from this gaseous cloud, it would have exhausted its nuclear fuel too quickly, and would have collapsed onto itself within a few million years leaving no time for evolution of life to occur. Only a star of a medium size, with the right gravitational mass like the Sun, would be able to sustain itself for the timescales needed for our case. There also had to be enough residual material left over from the star’s creation to form the eight planets (for those not keeping up with astronomical news, I hate to break the sad news that Pluto is not officially recognized as a planet anymore).

Among the planets that formed around the young star, our planet exhibits more potential to support life than any others. It is neither too close nor too far from the Sun. Plus, it suffers a spectacular collision with another planetary mass (called “Theia”) roughly 4.5 billion years ago. Because of this collision, the two planets fuse into one. Earth inherits a molten iron core as a result, which would later cool to form two layers: a solid core surrounding an inner molten core (a small satellite, namely, the Moon, also emerged from the remnants of some of the material left over from this collision). The unique arrangement on the inside of our planet helped form an electro-magnetic shield which would protect it from ultra-violet and other harmful radiation from the Sun. The Moon, with the help of its gravitational pull, would help decrease the wobble that Earth experienced after the collision, and help slow down the axial rotation speed of our planet from what was then a four-hour day to a twenty-four-hour day. 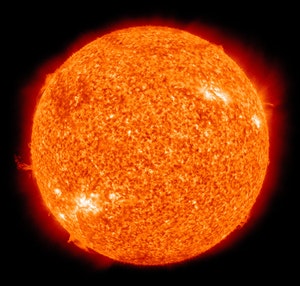 The magnetic shield that shielded our planet from the solar and other harmful radiation still needed to be sufficiently weak to permit some radiation to reach the planetary surface to help initiate atmospheric phenomena (such as lightning and thunderstorms). These phenomena were necessary for the organic compounds to aggregate and form the first living things on earth, simple single celled organisms that learnt to replicate themselves. Continued cosmic radiation was also necessary for genetic mutations to occur to enable these organisms to evolve into large, spectacular and highly intelligent creatures. Because of slow mutations, cyanobacteria evolved from the earlier, simpler, organisms. These bacteria would release oxygen as a residue/by-product from their metabolism over hundreds of millions of years. This residual gas would form the future foundation for all life on land, including humans like you and me. Life on earth started within a few hundred million years of the creation of our planet, and it is still evolving today. Isn’t that incredible?

Thinking about the origins of the Universe and life can make anyone extremely philosophical. Long time ago, I read an excellent book called “The Ancestor’s Tale” written by the brilliant British scientist, Richard Dawkins. I came away with increased respect for all living creatures as the book helped highlight the fact that every living being (both plants and animals) on this planet share a single, common ancestor that evolved billions of years ago. The record of these origins is left in our own DNA as it is for every other living being. This information is also being continuously passed onto future generations. In a way, we could think of it as “genetic immortality”. By the way of genetic material passed along from one generation to the next over nearly 4 billion years, our ancestors still live through us, and we will live through our descendants for as long they procreate, and live in a safe and responsible manner without destroying themselves through war and other means, or by being wiped out by a freak cosmic incident such as an inter-galactic collision.

*-The Sun is thought to be a second or third generation star as heavier elements such as carbon and iron could have only formed as a result of the fusion from an earlier supernova explosion.